“A strategic partner, not simply a supplier”—How we helped Vodafone NZ lower costs & absenteeism while boosting productivity & performance via outsourcing.

Strong and organic working relationship to drive innovation and growth

Canon Business Services ANZ (CBS) and Vodafone’s New Zealand arm have enjoyed a long business partnership, beginning over 16 years ago when CBS (then Converga) took over the scanning and software monitoring for the company’s retail network in 2006.

And by 2009, CBS was becoming more integrated into Vodafone’s NZ team.

“Since our initial relationship in 2006, the contract with CBS has just grown organically,” Teresa Fowler, Vodafone’s National Facilities Manager, explains. “Now, not only do they take care of our mailroom services, but they also look after a part of our physical security network and front of house operations or concierge services.”

“Because we have such a great relationship, this organic growth has been effortless.”

Teresa adds. “In fact, I view them as an integrated partner rather than a supplier—and I think it’s essential to distinguish the difference. You can often have an adversarial relationship with suppliers, where either party continuously refers to a contract, and it’s hard to create change. That doesn’t happen with CBS.”

A new opportunity and a new challenge.

For example, when Vodafone wanted to recalibrate how its reception functioned, it chose to outsource to CBS, working closely with our NZ team to redesign how its front of house would operate from the ground up.

“It would have been so much harder to do that in-house,” says Teresa. “Instead, we sat down with CBS’ concierge experts, explained our vision for how it would work, and asked them to map out a plan to get us there. And they delivered.”

So when Teresa was searching for a partner to assist with an exciting new Facilities Management and Hospitality Services project in 2018, naturally, she turned to CBS.

“After refitting our Auckland office in 2017 to include a commercial kitchen, an internal café and an external public-facing café, we approached several companies to run the hospitality spaces,” Teresa explains. “But each wanted to lease the space and run the whole show according to their model, and we’d experienced that before.”

Deciding Vodafone wanted more control over its hospitality model and operations, including how each space would look and what foods would be on the menu, she approached Cherie Leigh, CBS Service Delivery Manager.

“That’s the wonderful thing about working with CBS. We have an excellent working relationship—I can just say, ‘Hey, I’m thinking about taking this on, what do you think? Is this within your capabilities?’ And the answer’s always, ‘yes.’ CBS will make it happen.”

“Hospitality Services aren’t part of our regular remit, but with our close knowledge of Vodafone’s NZ operations, I knew we could make it work as Teresa imagined it,” says Cherie, CBS. “Our FM team now manages Vodafone’s day-to-day soft services and hospitality streams, including catering and events, freeing up the Vodafone property team to pursue other strategic goals.”

CBS makes it happen for Vodafone.

Cherie and the CBS team created a model that met Vodafone’s exact specifications, and it pays for itself. CBS employs and manages hospitality staff, giving Vodafone complete control over menu items and how they design the spaces.

“We believe actions speak louder than words,” Cherie explains. “Our trusted working relationship means Vodafone is confident we can deliver the services they need.”

Cherie worked cohesively with Teresa to build a skilled team to manage onsite soft services and liaise with Vodafone’s contractors and suppliers on a daily basis. A CBS chef and hospitality team now run the commercial kitchen to increase in-house catering services and weekly meetings with Vodafone’s national Facilities Manager to track and align future directions, reviewing and tailoring services for each corporate site.

“We’ve also centralised helpdesk requests for maintenance and FM inquiries through Vodafone’s portal VLife, which means our team can action requests faster, reducing the need for stakeholders to follow up on job status.”

“It’s been an absolute success, largely as a result of CBS’ willingness to work with us and adapt to our needs,” Teresa says.

“Even during the continuously changing business environment over the last couple of years, nothing’s been a problem for them,” she adds. “Unlike other large companies, where there’s so much bureaucracy and red tape that it’s often tough to effect change, CBS are always so easy and brilliant to work with. They’re definitely a strategic partner, rather than simply a supplier.”

Our relationship with Vodafone NZ has lasted over 16 years and we continue to work together to optimise and improve our services with them.

To find out how we can take some of the burden of your mailroom management or hospitality and concierge services off your hands, contact us today.

60+ customers in Retail and Wholesale

How NZ Safety Blackwoods reduced costs and improved efficiency and accuracy in their AP workflows. 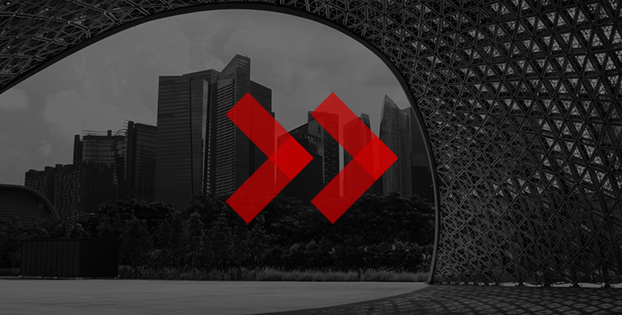 Case study: CBS and Pure Storage are partners in innovation

CBS and Pure Storage are building robust foundational technologies together for over 10 years in the Australian market.

Department of Health deploys a suite of on-site Managed Services by CBS.

Electrolux is a global leader in household and professional appliances. Learn how they hosted their online document archive repository here.

Kiwibank launched in 2002 to provide New Zealand with a real value for money bank that has Kiwi values at heart. Find out more about on-site mailroom here.